The world was getting pretty dark in the latter part of 1969 (when this was likely first released), but this shed some light into the dark corners. 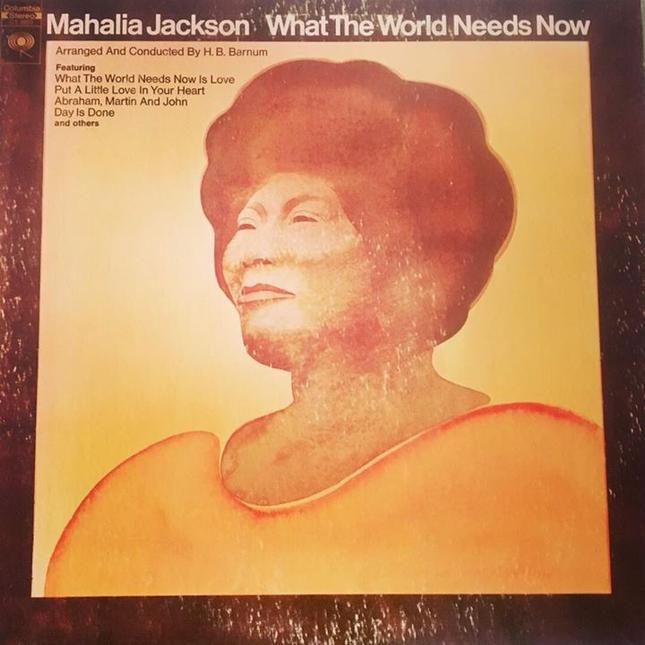 Barnum and Townsend were obviously trying to update her sound while retaining her integrity.  While Mahalia remains in the spotlight, the fuzz guitar comes through on several cuts.

That balance of brand new and old school make this set pretty enjoyable. 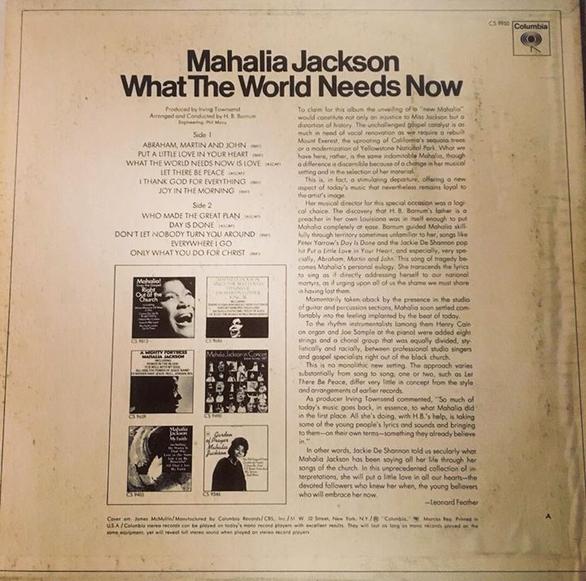 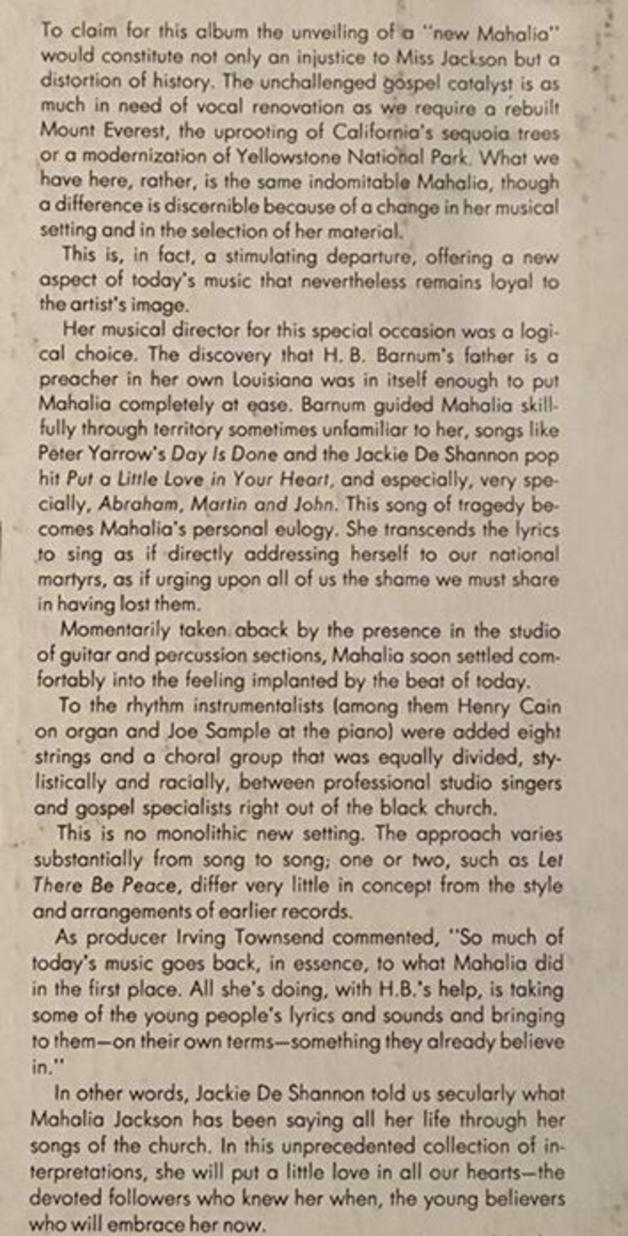 Mahalia Jackson
What The World Needs Now
Columbia CS 9950
1970
Produced by Irving Townsend
Arranged and Conducted by H. B. Barnum

If you don’t dig her doing the hits of the era, keep the needle intact until you hear what the end of the sides have to offer.  The years of masking her beauty with too much backing are stripped away so she can get back to her roots. 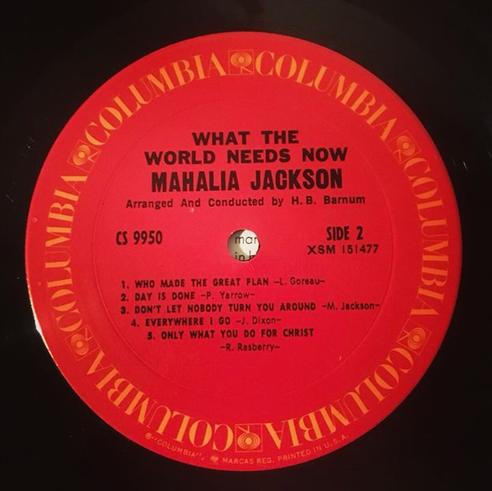 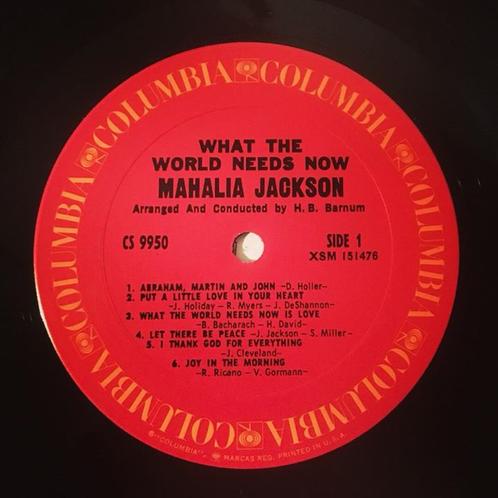 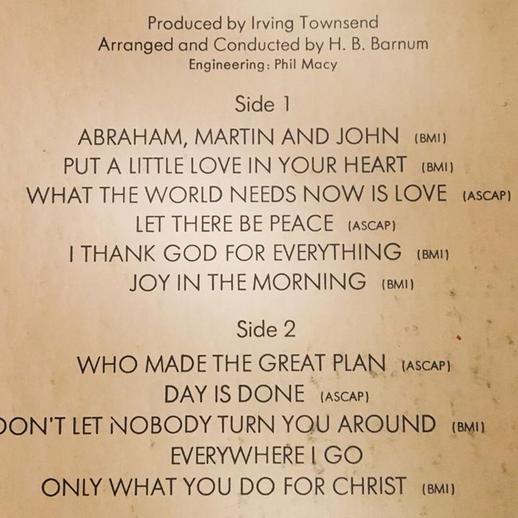