When he was barely 30, he might have been frustrated with the soft-rock of Bread, but here he seems completely comfortable, slipping into the music like slipping a flannel jacket over your shoulders, and this comfortable feeling makes listening to this music so enjoyable, like taking a stroll down a mountain road. This certainly is not an essential outing, but if you have a weakness for softly spoken instrumentals by talented musicians, this is worth a listen.

The mellow sound might come as a surprise to listeners who knew Larry as the bassist on the Doors’ first album, a member of Duane Eddy’s Rebels, and an important part of the Wrecking Crew and their “Wall of Sound,” but this man also played a big part in the band Bread, contributed piano and arrangements for “Bridge Over Troubled Water,” played bass on “Mr. Tambourine Man,” and offered Hammond B3 organ on the Beach Boys’ Pet Sounds.

His more reflective work from the past foreshadows the music on this album, but this seems mostly a reflection of his many years in the Pacific Northwest. This was recorded in his new home in Nashville after living for many years in Yakima, Washington. While this perhaps has some slight connection with Chet Atkins and Nashville’s use of sophisticated arrangements to compliment their down-home sounds, this was clearly Larry Knechtel’s project. As the title suggests and the sound supports, this seems much less a reflection of his new home in Nashville and more a remembrance of his mountain home in Washington.

While a set of mellow pop-jazz instrumentals from the late 80s sounds like something that should be lost and soon forgotten, this was the first solo album by legendary session man Larry Knechtel so it should not be surprising that it’s quite enjoyable. 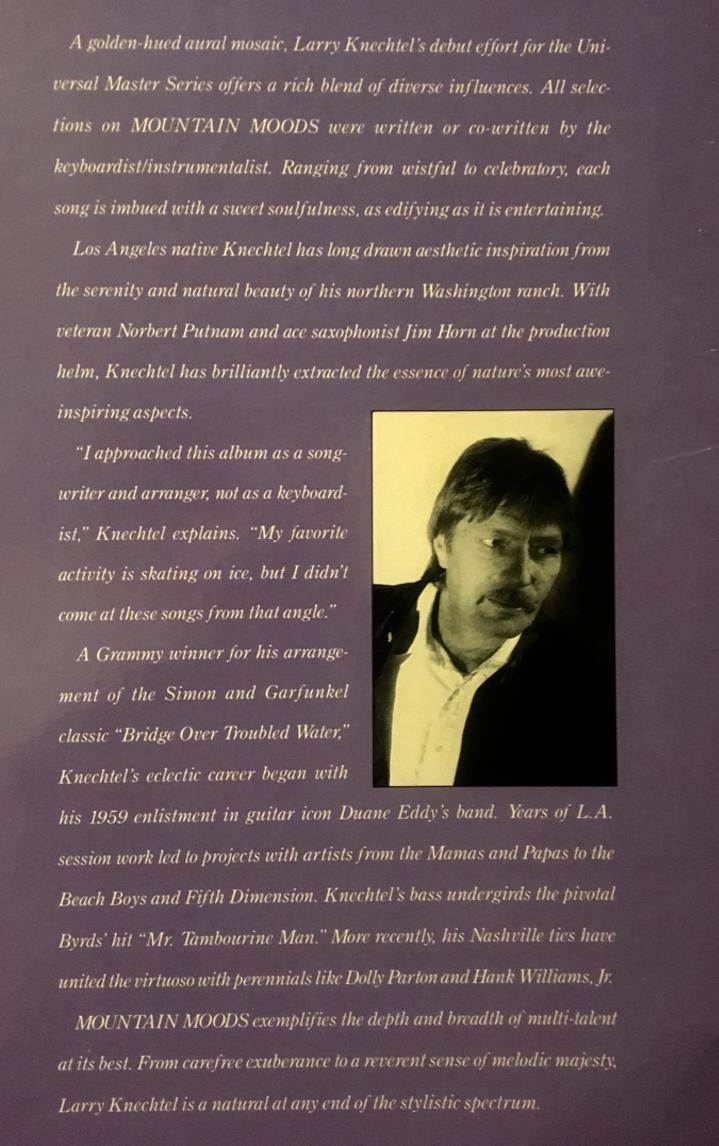 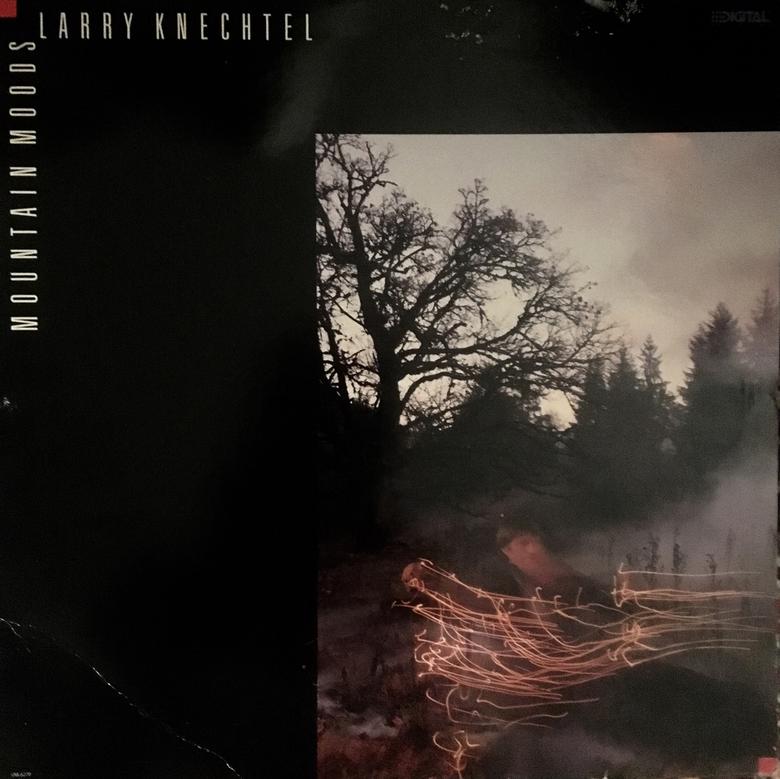